Yesterday I announced a series of guest blog posts on the theme of openness. I’m pleased to launch this series with a post by Ross Mounce, a PhD Candidate at the University of Bath. In the post Ross outlines his views on the importance of open access for not just the research community but for everyone.

Before the internet, there were non-trivial costs associated with disseminating paper-based research publications – each and every page of every article of every journal cost the publisher money to produce. Every single paper copy of those journals needed to be physically sent by post to all institutions, libraries and individuals that wanted those journals. This was both a costly and complex process, so it was sensibly outsourced to full-time professional publishers to deal with, some of whom were commercial for-profit enterprises – at first this didn’t cause any problems.

But now the internet allows unlimited copies of research publications to be created for zero cost and these can be advertised and disseminated at relatively insignificant costs – just the cost of bandwidth, keeping servers up and running, maintaining a user-friendly website that search engines can crawl, and providing an RSS feed to notify interested parties of new journal articles. Indeed, when Tim Berners-Lee created the Web in 1991, it was with the aim of better facilitating scientific communication and the dissemination of scientific research. 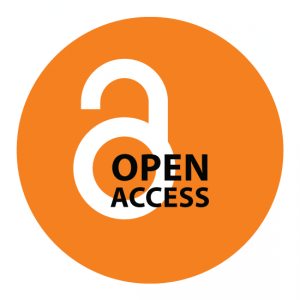 Note that for the sake of clarity we’ll ignore the role of manuscript-submission, organising peer-review, and the peer review process itself here – I contend these are only of minor administrative cost. Peer-review is provided for free by other academics and manuscript-submission is a largely automated process often requiring little editorial input. Only organising peer review is an administrative task that might conceivably have a significant and real time cost. Furthermore these processes need not necessarily be performed by the same organisation that acts to distribute the publications (decoupled scholarly publication), a nice idea as popularised by Jason Priem.

Yet, the models of payment for publication of, and distribution of research works are still largely centred on paying-for-access, rather than paying-to-publish. In the digital age this is inefficient and illogical. Why try and charge millions of separate customers (institutions, libraries, academics, and other interested persons) for a resource – a complex undertaking to organise in itself, when you can simply ask for a sustainably priced one-off charge to the funder/authors of the content to be published. The latter author-pays model is clearly the simpler, easier to implement option. Yet, I contend that the reader-pays model is currently dominant, especially with commercial for-profit publishers because it can generate excessive profits through its opaqueness and inefficiency (relative to the ultimate goal of providing free, Open Access to scientific knowledge for everyone).

The interests of shareholders, and board members of for-profit publishing companies are now hugely conflicting with that of research funders, institutions and academics. By definition, the primary goal of a for-profit publishing company is profit. In that respect, some academic publishers make Murdoch look like a socialist, with their unscrupulous profiteering as gatekeepers denying access to scientific knowledge. Whereas the goal of STM researchers & funders is surely for knowledge to be created and shared with the world. To myself and thousands of other academics it is clear without further explanation that these two goals cannot be simultaneously be maximised. One strategy works to maximise profit by proactively denying access to vital materials, and punishing those caught sharing materials, whilst the other works to maximise dissemination potential, so that all (who have access to a computer – unfortunately not everyone has access to one of these, but this problem is out of scope) can if they wish read the material, whilst forfeiting maximum profit-potential.

Of course, if research is entirely privately funded, it need not be openly-published – one cannot force private companies to disclose all research and development they do (although efforts by certain privates to share to cure malaria and other humanitarian problems are certainly very welcome!). But as I understand it, the majority of scientific research is publicly-funded and thus there is a clear moral duty to share results with everyone e.g. taxpayers. To paraphrase James Harvey: if you want to keep your research private, fund it yourself. That’s the privilege of private funding.

The tension between librarians (who have to negotiate to buy subscription-access to journals) and academics united on one side, and for-profit publishing companies on the other is particularly noticeable at the moment, hence The Economist’s labelling of this as a potential Academic Spring, analogous to the recent revolutions overthrowing malevolent incumbent powers – the Arab Spring.  Note that a cartoon representation of this debate can be seen on YouTube and is embedded below.

Indeed it is not just academics who benefit from access to scientific literature – as is being documented by a new initiative called Who Needs Access? There are a huge number and variety of people that would benefit from legally unrestricted, free, Open Access to scientific publications e.g. patients, translators, artists, journalists, teachers and retired academics. When one hits a paywall asking for 51USD for just 24 hours access to a single article on palliative care – it’s no wonder people are often put-off reading scientific literature. Thus everyone with even the slightest bit of curiosity about scientific research would stand to benefit from Open Access to scholarly publications, as achieved by the author-pays model.

So where would all these publications go, if not on servers owned and controlled by for-profit publishers? The ideal, natural home as Björn Brembs argues are libraries and university presses as institutional repositories for research publications, code and data. Currently IRs are used as Green OA archives which achieve only limited success in providing free full-text access. But as Networked Repositories for Digital Open Access Publications perhaps they might enable Open Access for all, as well as reducing the overall cost of publishing research.

In areas of science that have already shifted to this model e.g. some of Physics and related subjects with ArXiv (which is arguably analogous to a subject-specific Cornell University IR); Science is distributed pre-review with remarkable ease and cost effectiveness at <$7 per article submitted.

We lose so many legal freedoms with closed access publishing, and its tendency to assign all copyright to publishers (not just mere access, but also text-mining rights, and the right to re-use information in even vaguely commercial contexts) that we cannot and should not allow this continue any longer, as it is causing irreparable damage to the future usability of scientific literature.

Ross Mounce, a PhD Candidate at the University of Bath is an active member of the Open Science community, pushing for beneficial reforms in scholarly publishing. Having had trouble in the past getting research data from publications, he is very proactive in blogging and giving talks on how scientific publishing can improve utility and dissemination by making greater and better use of digital technologies.